This article is the beginning of a collaboration between the writer and photographer, Eva Blanch, and Mimo Agüero and the Tablao de Carmen. A blog that hopes to bring flamenco closer not only to the curious tourist or sensitive outsider, but also to those more familiar with flamenco who do not feel themselves understood. A blog that hopes also to provide content that seduces and represents the very artists, the flamencos, the professionals without whom this space would not be possible.

The Truths of Flamenco

Listening to Juaneke talk about flamenco is listening to him sing. Because as he speaks of flamenco, he sings about it. He can’t, he doesn’t know how, he doesn’t want to explain it in any other way. When a phrase becomes too long, immediately, it becomes a cry or a drum of knuckles on the edge of the table. He marks the rhythm with his feet or claps his hands to it. What better start to this blog than an interview with one of the most loyal and charismatic singers at el Tablao de Carmen, an artist of the purest strain who distills wisdom wherever he goes: Juan Fernandez Amador, artistically known as Juaneke. We meet in the Patio Cordobés of the Tablao, the singer sits gracefully in a wicker chair. He has ordered a beer and an ashtray and waits for my first question with a smile. “Juaneke, what is flamenco?” 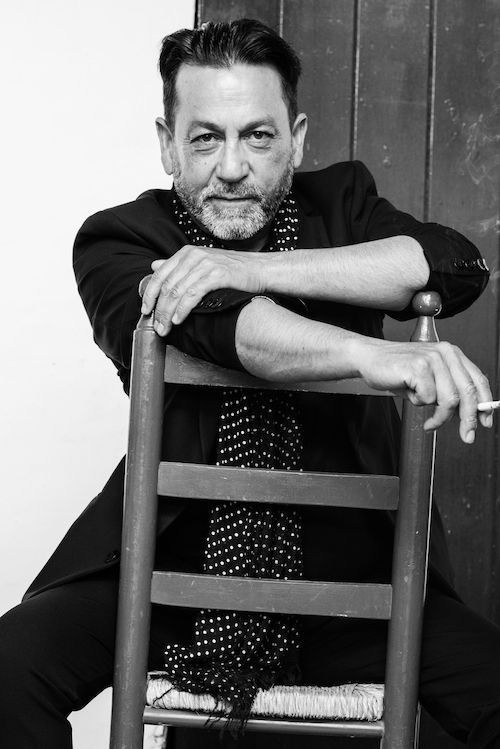 Juaneke protests vehemently, without restraint, surprised by such a generic question. “Explaining that is impossible! Flamenco is art! How do you explain what art is? Inspiration, improvisation. Pinch. And how do you explain what that is?” He held me with that gaze that is so uniquely his, so strong, a gaze that knows all. I don’t shy away, convinced that he will answer, because he already is.

One of the First Singers of the Tablao

Juan Fernandez Amador was of the first singers to work in the Tablao de Carmen, almost thirty years ago, and he remains in the daily lineup. Raised in the neighbourhood of La Mina, from a family of artists, he is recognized at the national level as one of the greats. He recorded “Linaje,” meaning lineage, in 2003, a well-known flamenco album. Juaneke is a composer and poet as well as performer. His song is pure and traditional, but is simultaneously enriched by his own personal touch, which is the most genuine way of understanding this profession as gypsies do. “Because we gypsies don’t copy. It comes from within.”

“I sing the same lyrics and I never sing the same. Because when I am performing, I am studying. I am so familiar with what I do that I am able to vary it, and every day I do the same and it is always different. I let myself be lead by the moment, by what is happening around me. One has to be in the moment, feeling it, breathing, crying it, and then it comes and I realise I am creating something.” Because that which is elusive, that which one doesn’t know when to expect, that which people call “duende” and which some have and others don’t, which improves if it is worked, but which can’t be learned. That thing which is woven into the irresistible attraction of the gypsy race. That, that is what gypsy artists call the pinch. And it’s Art with a capital A.

And Juaneke keeps talking and keeps singing. He savours the beer, the cigarette. With his polka-dot neck scarf and black suit. He knows that his grace, like his song, also comes from within. He talks to me of courage, of the singer who doesn’t depend on who’s accompanying him, that it’s better if the man sitting next to him playing the guitar knows him as though they were raised together. But if not, the artist who is a true artist will face the stage and sing, courageous. And then he tells me of truth and of lies. Of the tricks that one should not pull. There’s no need to shout. “Because flamenco tells the truth, and when it lies, when it’s false, when it isn’t felt, it’s immediately obvious.” This great artist, temperamental man of cavernous voice, Juan, known as Juaneke or Juanete for being the youngest of ten siblings, told me at the start of our meeting that he didn’t know how to explain himself. But that he would speak from his heart, because he is sincere. And to me it seems there isn’t more honest way of communicating. Nor of being more courageous.