Tablao de Carmen combines the quality of top artists with an original venue, decorated in the style of an Andalusian amphitheatre which encourages a close connection to the artists and allows you to enjoy dinner, “tapas” or drinks during the show. The venue, the atmosphere and the show take customers back in time and space. 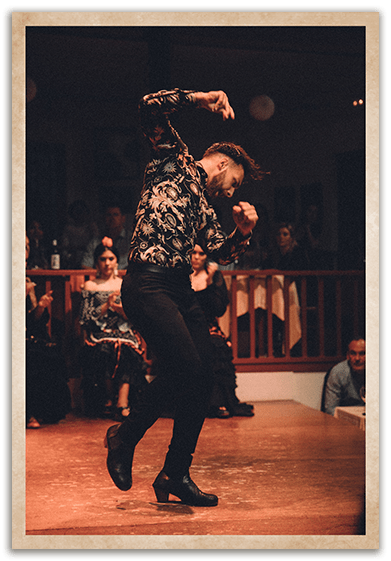 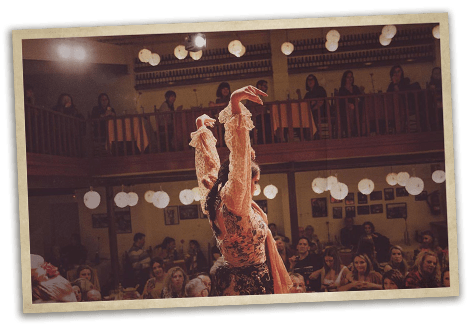 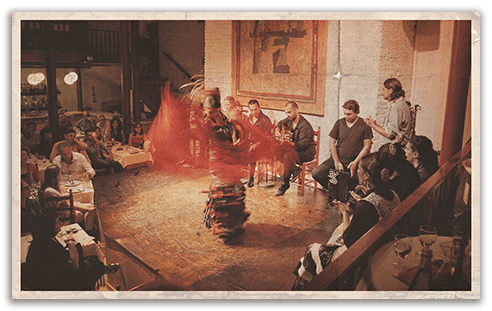 With more than 30 years of experience, the Tablao de Carmen has been recognized since its beginnings as the shrine of Flamenco in Barcelona. “Tablao”: Flamenco venue, is the generic word to describe a public place where one can see Flamenco. The essence of this type of venue is always the stage, in this case generally made of a set of wood planks (or “tablas”) which provides the right sound for the boots of the dancers. 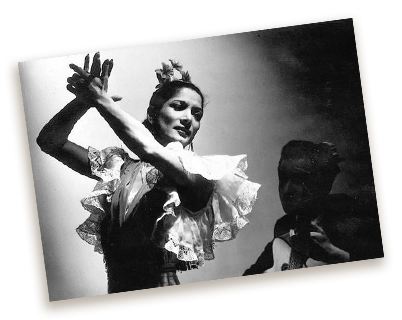 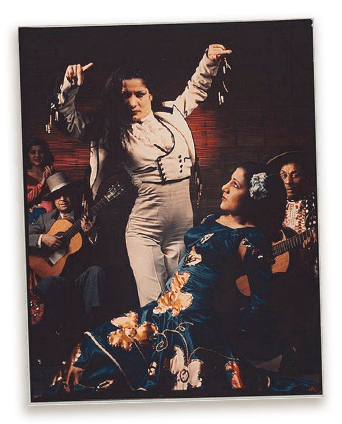 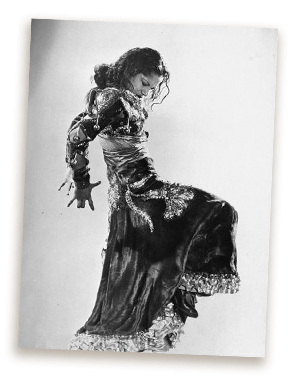 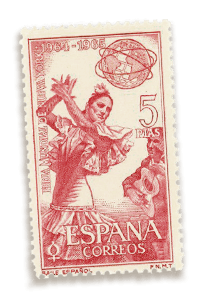 Carmen, for Carmen Amaya. The Tablao de Carmen was created as a tribute to the legendary gipsy dancer Carmen Amaya (Barcelona 1918 – Begur 1963), a close friend of the founder of the Tablao de Carmen.
In 1929 she only a child when she performed for the King of Spain, Alphonse XIII, at the World Exposition during the inauguration of the Spanish Village in the same premises where the Tablao stands today. 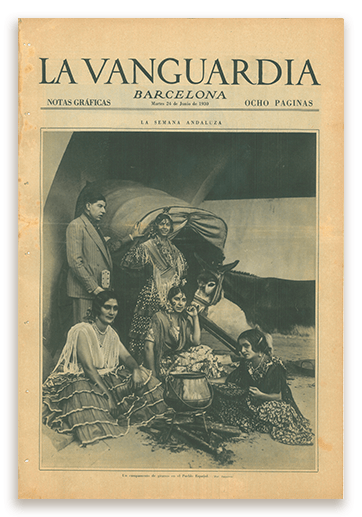 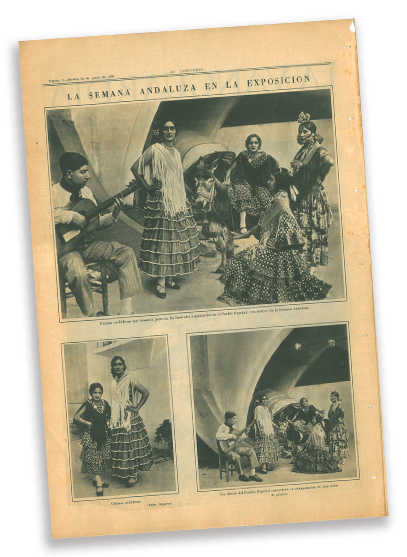 At just 12 years of age she was already part of one of the most prestigious companies in Spain. Her rise to fame was meteoric and she soon became a Flamenco legend whose reputation has lasted until today. Always proud to be from Barcelona, Carmen was acclaimed in the major theatres throughout Europe, the United States and South America. She was admired by relevant personalities of the XXth century such as Charles Chaplin, Marlon Brando, Picasso, Fred Astaire, Jean Cocteau, Orson Welles, the USA president Franklin Roosevelt…

One of a kind

She learned to dance by herself. She would say: "the sea taught to me dance"

She was the first female dancer to wear pants, creating a lot of controversy.

In 1941 she cooked sardines in her Waldolf Astoria suite in New York. She burnt a $900 little table and used the mattress bed base as a grill. She was on tour since 1936 and returned to spain in 1947.

She suffered renal insufficiency but her way of dancing eliminated toxins, thus keeping her alive. She died at age 46.

The night she died, Antonio Gades went drunk and crying to all tablaos in Barcelona stopping all flamenco performances. 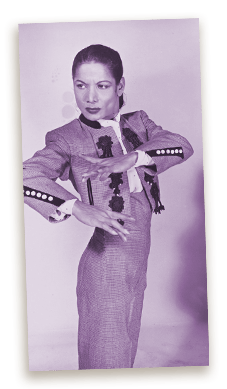 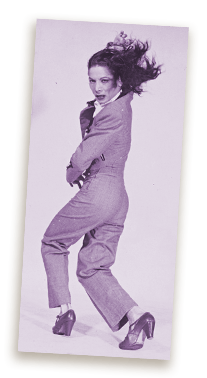 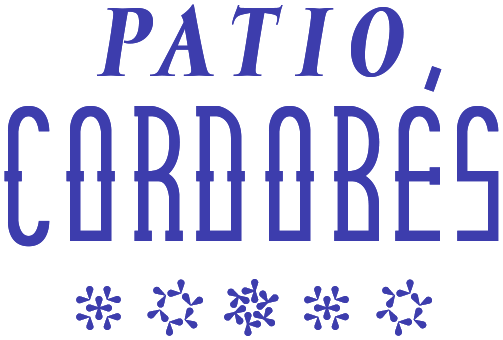 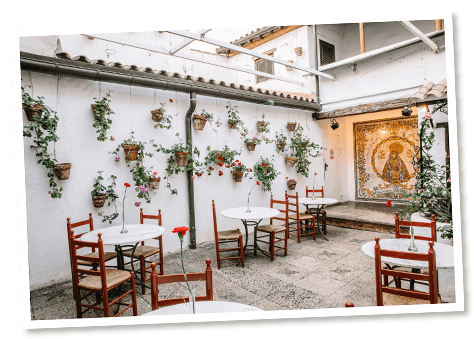 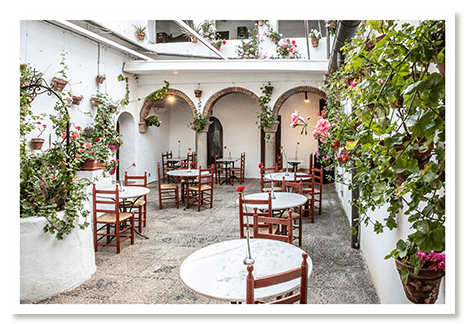 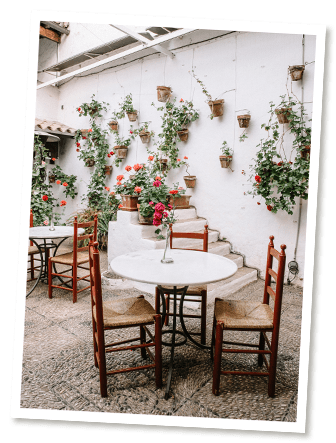 A typical patio from Cordoba perfect for an aperitif before the show or a small private concert. It was here where Carmen Amaya danced in the Universal Exposition of 1929.
This website uses cookies to improve your experience. We'll assume you're ok with this, but you can opt-out if you wish. Cookie settingsACCEPT
Privacy & Cookies Policy